The Viltrox WD-Z stabiliser is built around two advanced gimbals atop each handgrip, which provide fluid movement along multiple axes.

Each gimbal independently moves to give let the camera seemingly float through the air. Having two handgrips also allows you to change directions quickly and smoothly, as well as reduce operator fatigue common to single-handed stabilizers.

Unlike other stabilizers which keep the camera level at all times, the WD-Z lets you adjust the tilt of the camera using your thumbs. Easily tilt the camera up or down while operating, letting you capturing low-angle and high-angle shots, or even mimic the effect of jib or crane-style shots.

Passing the camera through a window, ov

er an obstacle, or under a subject can often require highly trained camera operators with extensive amounts of equipment. The twin-style grips on the Orbit give filmmakers of all levels the ability to easily pass the rig from one operator to the next without upsetting the fluidity of the shot.

All purchases are subject to our Terms & Conditions.
Images and script subject to copyright Photoshack 2017.

At Photoshack, you don't need to wait to get the things you want'
You can apply for a loan to cover your purchases in-store and on line. The application form is quick and easy to complete.

All payments listed on the page are indicative only.
Credit Criteria applies. From no deposit.
Please refer to the finance options below for more information.
Before applying, please contact us for availability of products. 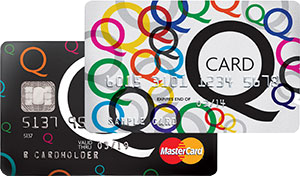 Regardless of the above points, please do tell us if you find a better price as we might be able to surprise you

Please wait while we find your search results...